2021 Austrian Grand Prix: Everything You Need to Know

Would you like to visit the 2021 Austrian Grand Prix as usually held in Spielberg, Austria, where the Red Bull Ring is located? Certainly, you do because the benefits are almost endless with our range of Ticket Packages. Besides, one can book VIP that implies personal interaction with some most-liked F1’s celebrities, a celebration at the Paddock Club, a tour around the racing track and plenty of extra rewards (a chance to make your photo at the podium, pit lane walks, etc.). Let’s look through some Ticket Packages in 2021.

You are completely free to choose any price range to meet your desires and opportunities for Austrian Grand Prix 2021. For example, the Starter is an affordable package that includes many benefits and can be divided into 2 easy payments.

The Austrian Grand Prix is just around the corner. The F1 Austria racing event has a long history, having been hosted in two different places in southeastern Austria: first, it was at the Zeltweg Airfield where it was hosted for two years before a permanent racetrack (the Osterreichring) was put up in 1969 and it hosted the prestigious championship the following year.

The 2021 Austrian Grand Prix will take place at the Red Bull Ring in Spielberg, Austria between 3 JULY – 5 JULY 2021.

Jack Brabham won the first non-championship F1 race in 1963 at the Zeltweg Airfield race track. The following year, the first ever championship race was organized at the same venue, and this time round, Lorenzo Bandini, an Italian, took home the win using a Ferrari at the Austrian Grand Prix track.

Even though the event was successful, the race track was not F1 standard; not only was it narrow and bumpy, the spectators complained that the viewing areas were neither appropriate nor suitable for such a high profile event. Therefore, the FIA took action by cancelling the race so it no longer was on Formula 1 Schedule.

After Osterreichring was built, it hosted the event from 1970 till 1987, and the race track was extremely popular with the drivers. However, the 1987 edition of the race had to be restarted twice due to accidents, and this unfortunate event led to the track being marked as too dangerous because of the narrow pit-straight grid, and the FIA once again removed it from their calendars for more than a decade.

The race was restored in 1997 after the establishment of the A1 Ring in Spielberg. The Spielberg Austria circuit hosted seven F1 races thereafter before falling out of the calendar in 2004 due to financial constraints.

However, Red Bull, the energy drinks company from Austria, and also the owner of F1’s World Champion team, bought the circuit, completed over-the-top redevelopment works on the field, and re-branded the venue to A1 Ring, which has hosted several races including Renault’s World Series and DTM.

As already mentioned, while Austria has hosted many F1 events in the past, it has been quite a while before the prestigious tournament was organized there. Back in the 1970s and ‘80s, Austria F1 teams featured consistently in the Formula One calendar at the Osterreichring but took a break before returning the sport back to the country, although this time, the venue is at the new-look Red Bull Ring.

Red Bull issued a statement indicating that the F1 was set to return to the Red Bull Ring for the first time in 14 years. So, if you love watching these races, then you need to get to Styria before the end of June to book a spot for yourself in this action packed car racing edition.

If you are looking to take part in this year’s Austrian Grand Prix, either as a spectator or a gambler, then you might be interested in the top drivers likely to make an impact in the championship.

The top racers who have the highest chances of winning the F1 Grand Prix 2021 taking place in Austria include the following. 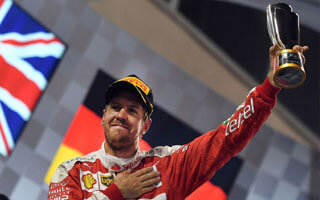 Good news for F1 fans in Austria: Red Bull Ring, formerly the A1 Ring, is back in business for this year’s edition of the F1 Austria. The schedule has been altered slightly to ensure the event will happen in early July rather than late June, and F1 Red Bull tickets are already on sale. All you Austria F1 race junkies out there now have something to look forward to in the next couple of weeks and you need to prepare yourself for an explosive edition of the Red Bull Austria F1 event.

Sebastian Vettel is a German racer specializing in Formula One championship, he is currently signed to Scuderia Ferrari. He has won the F1 World Championship four consecutive times from 2010 to 2013 with Red Bull Racing. Vettel put in a good performance in last year’s season where he finished third in the Australian Grand Prix.

However, he failed to participate in the Bahrain Grand Prix after his car broke down during the formation lap. He finished second in the Chinese Grand Prix. Vettel has proven to be in a good form this year because he achieved his 43rd career victory at the Australian Grand Prix. He also won the Monaco Grand Prix and is expected to make an appearance in the upcoming Austrian Grand Prix.

The Finnish racer, nicknamed “The Ice Man”, signed with Ferrari and competes in the Formula One championship. In last year’s season, Raikkonen had a bad start at the Australian Grand Prix when his airbox caught fire; thus, he had to retire from the first race. He competed in the Bahrain Grand Prix and finished in second place. In the Chinese Grand Prix, Raikkonen collided with his team mate Sebastian Vettel but still managed to clinch position 5. 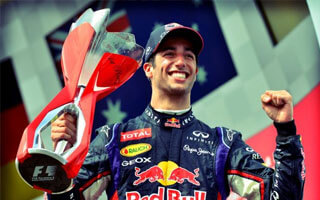 In this year’s season, he qualified for the 2021 Australian Grand Prix but received a 5-place grid penalty. We’ll have to wait and see how he will perform come July when he’ll compete at the Austrian Grand Prix. 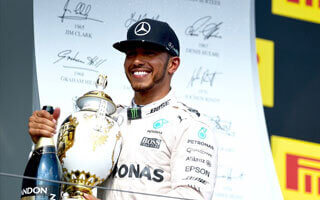 Good news for F1 fans in Austria: Red Bull Ring, formerly the A1 Ring, is back in business for this year’s edition of the F1 Austria. The schedule has been altered slightly to ensure the event will happen in early July rather than late June, and F1 Red Bull tickets are already on sale. All you Austria F1 race junkies out there now have something to look forward to in the next couple of weeks and you need to prepare yourself for an explosive edition of the Red Bull Austria F1 event.

Hamilton is a British Formula One racer currently competing for Mercedes AMG Petronas team. He has won the F1 World Championship three times and is regarded as one of the greatest racers to ever compete in the prestigious Formula One Championship. “F1 Lewis Hamilton” has quickly gained traction in search engines as people are looking to find out more about the one who could become a true legend in the racing world.

The middle of the season is approaching really fast and the competition in the Formula One calendar 2021 is getting fierce. All top drivers are looking to go a bit higher in the standings and the Austrian Grand Prix 2016 showed this exact thing last year. Spielberg, Austria will definitely witness spectacular moments and we should all be preparing for this stunning event.

Rating of applicants
The 2021 Austrian Grand Prix at the Red Bull Ring with exclusive access through an F1® Experiences Official Ticket PackageFRI 3 JULY - SUN 5 JULY 2021
This race starts in:
Place your bet